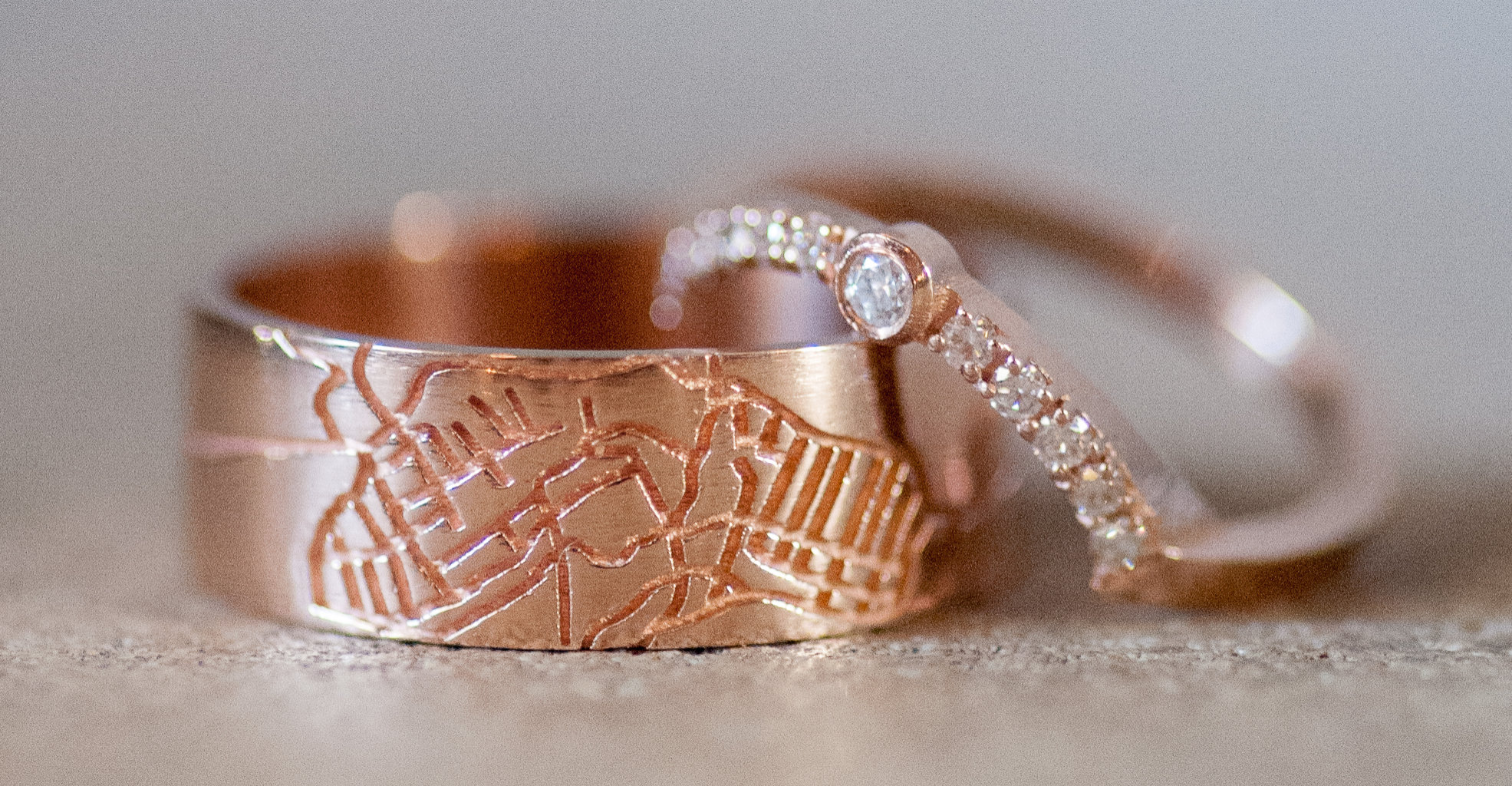 One of the first things I ever made from start to finish was my husband’s rose gold, map wedding band. Our wedding was coming up, and I had been designing jewelry for about a year a half. At that point, I was a design pro, but very much a noob on the bench. But he was relentless. Having his wife hand-craft his wedding ring from start to finish was what he wanted. So by god, I would make him a map wedding band.

This rose gold band is simple and elegant. It showcases two different maps, connected on either side, and has a modern flat edge. It also has a story behind it. You see, we met while living in separate cities. I was living in Charleston, SC, and he was in Charlotte, NC. For nearly the first year of dating, he and I would alternate weekends visiting the other person. Fridays at five o’clock on the dot, I would leave work and drive the 3.5 hours to Charlotte. Monday mornings at 4:45 a.m., I would climb out of bed, and groggily drive the 3.5 hours back to Charleston, and go directly into work. He’d do the same the following week. Doing this every weekend was rough, but ended up being a great way to truly get to know one another.

After about a year, I finally made the move to Charlotte. But we both looked back at our long distance romance fondly. And when it came time to make our wedding bands, I was pleasantly surprised to hear he wanted a map of how we started, requesting rose gold to match my antique engagement ring.

I designed the ring from the maps of our hometowns: Charleston and Charlotte. If you look closely, you’ll see the inner ring of Uptown Charlotte, and the Penninsula of downtown Charleston. I connected these two maps, to signify the two cities finally uniting. And as a final touch, I added a line connecting Charlotte to Charleston, signifying the roadways we took to reach one another. The pattern connects all the way around, unbroken and continuous. I was very happy with the end result, and more importantly, my husband was as well.